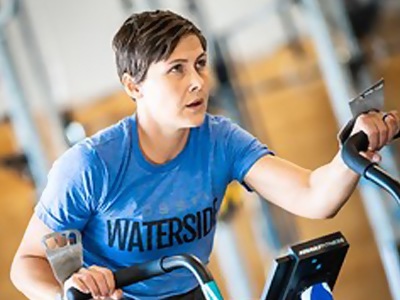 Alyson was an Army brat and grew up all over the country competing in as many sports as possible. She narrowed her sights in high school and ultimately earned an athletic scholarship for softball to the University of Washington. Alyson helped lead her team to a National Championship in 2009. Alyson was also inducted into the Hall of Fame in 2014. Alyson is a former CPT in the U.S. Army and helped lead her All-Army Softball team to a Gold Medal in 2012. Competing and staying fit has always been her passion. Alyson is a CrossFit Level 1 Certified trainer and has been doing CrossFit for a little over 3 years now. Alyson has been lucky enough to learn regularly from one of the most technically proficient CrossFitters in the game right now, Cassidy Lance. She is looking forward to passing on that knowledge and passion for competition to everyone who walks through the doors at CrossFit Waterside! In her spare time you can find her at the lake driving the boat while Cassidy is surfing ;)