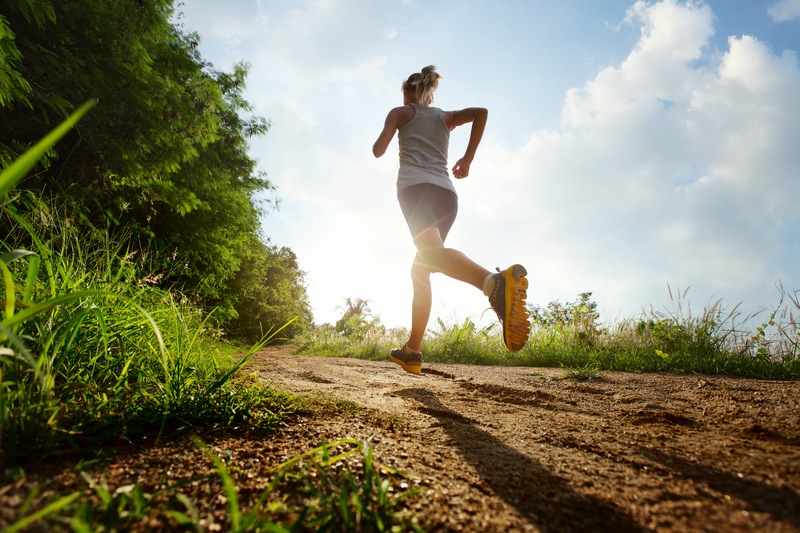 I go for a 3-4 mile run 6 days a week. I’ve had many people tell me over the years that I run too much. They recommend I cut back how much I run; some people even want me to stop running altogether. The most common response I get are people curious about why I run. The obvious answer is simply that I enjoy it. It’s not all that often that I enjoy the run while I’m running and yet I come back day after day. So, let me explain why I run as much as I do and as often as I do.

I have been a member of some sort of gym since I was 13, so for...well, let’s just say a long time. I started running then because I had lots of digestion issues. I noticed that on the days I ran, I felt so much better. At the risk of being TMI, I was able to digest some foods again and feel (mostly) normal. Soon, I was running 4-5 days a week to keep myself feeling okay. I am a very routine oriented person. So, once that became a part of my routine, it wasn’t going anywhere.

In addition to feeling better physically, I also noticed that my mental clarity increased. At the time, schoolwork was more focused. Now, this could be related to just improving discipline. I find that one area of discipline carries over into other parts of my life. Regardless of the why, I was happy to be more focused and clear when I was working.

Maybe this next one is just me, but I find that running helps my body composition. The stereotypes out there are that runners have long lean muscles and lifters have bulky big muscles. However, I wanted to be strong and muscular and be able to run and move gracefully. Running is the modality that I love to give me the body composition I enjoy.

Lastly, and this is one we can all agree on, running has greatly improved my cardiovascular endurance. When I don’t run for a few days, I notice it in my breathing during any crossfit workout I do (and especially when I go for a run again). With Chris Hinshaw and Aerobic Capacity becoming increasingly popular, we are seeing an increase in the number of crossfit athletes regularly running. They are noting the cardiovascular benefits of including running several days a week.

So, yes. I run 6 days a week. And yes, I generally run 3-4 miles a day (with a longer run on Saturdays). People may tell me I run too much; and maybe sometimes they’re right. But one thing I do, and this is key for any athlete in any sport, is that I listen to when my body needs a break. Vary. your. Training. Some days I go for a moderate paced run. Other days, I do interval training. And at other times, I’ll try to PR my 5K. But, at the end of the day, I run for me. Because I like the benefits it gives to me. And because, when I’m out running, all the to-dos, chores, errands, workload disappear for a little and I just focus on the next step. And the next. And the next. So, maybe for me running is bigger than it seems on the outside. It prepares me to be ready for the next step, and the next promotion, and the next disaster, and the next epidemic, and the next….whatever it is that you have to do. Tackle it one step at a time