Fitness by Proxy: Watching The Fittest From My Couch 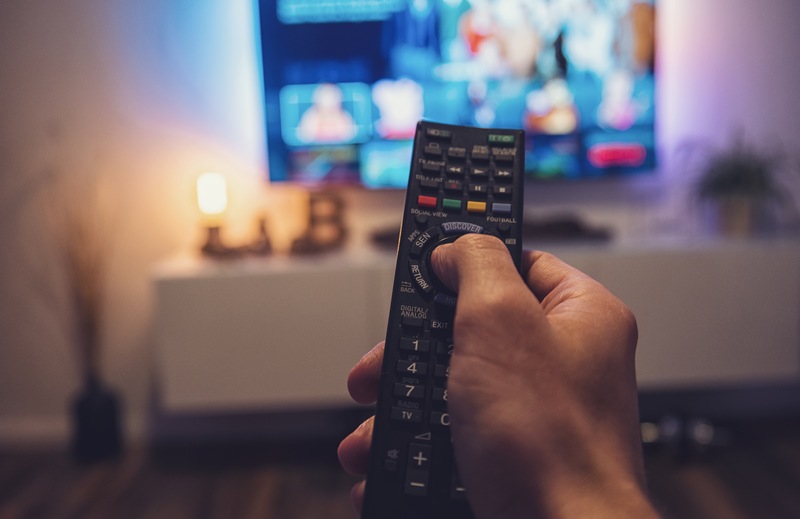 The coronavirus pandemic has disrupted nearly every facet of our normal routine and forced industries across the globe to make changes in the way they do business. The film industry was one of these, and they’ve adjusted by closing theaters, cancelling production and even postponing or moving up film release dates. Fortunately for fans of the CrossFit Games, the film duo known as the Buttery Bros gave the people what they wanted about a month earlier than they had planned: the online release of this year’s CrossFit Games documentary, The Fittest.

Like many others, I always look forward to these films because they capture the emotions of the CrossFit Games weekend and cover a wide range of personalities in the process. When CrossFit HQ fired their entire media team (more on that soon), many of us were worried that the production of these annual snapshots would cease, but filmmakers Heber Cannon and Marston Sawyers saw opportunity where others saw roadblocks and have created arguably better content in the last year and a half than they ever had before.
Here are some of the more notable moments from the film, as I saw them. I don’t want to give the whole thing away since we are all quarantined and have plenty of time to view if we want to. If you’re a fan of the CrossFit Games and you’re willing to spend the five dollars or so to rent this thing, stop reading right now and come back when you’re finished!

Ch-Ch-Ch-Changes
The first part of the film focuses on the changes that took place between the 2018 and 2019 CrossFit Games seasons. One thing the Buttery Bros films have always done well is explain their subject as if the audience has never even heard of CrossFit. This technique was especially helpful to me as I viewed The Fittest because I remember having a lot of emotions and negative feelings toward the CrossFit HQ brass during that offseason. It was nice to review those events roughly eighteen months later with less emotion and more insight.
At the time, of “the changes”, I had just competed at the Regional level in June 2018 and here we were in August learning that they were doing away with that phase of the competition. In addition to that major bombshell, the entire process for Games qualification had changed as we learned a new word (Sanctional) and discovered that national champions from across the globe suddenly had a ticket to Madison. “What am I supposed to do now?” I thought. I had just spent the previous year of my life gearing up toward one three-day weekend and now the powers that be are telling me that it won’t take place anymore?

It wasn’t just that things were changing; humans usually seem to be resistant to change, no matter how big or how small, before we eventually adapt and evolve. The problem in my eyes was that there was no clear guidance and seemingly a lack of a plan from those who set the rules. I recall becoming increasingly frustrated as CrossFit HQ refused to come out directly with statements, instead choosing to release information periodically to third-party media outlets like Morning Chalk Up. While watching The Fittest I was relieved to know that this uncertainty wasn’t just affecting me; the likes of perennial CrossFit Games athletes Tia-Clair Toomey, Brent Fikowski, Patrick Vellner and even legendary coach Chris Hinshaw all seemed distressed and disappointed in the communication effort from HQ.

Looking back, these changes were a blessing in disguise. They forced me to take a good hard look at my values and who I wanted to be. This shift in perspective was healthy for me in my personal life and I’m quite thankful I’m no longer spending every waking minute thinking about that airconditioned competition floor down in West Palm Beach. I really connected with the vulnerability and emotions of the athletes at the highest levels during the same time because we had similar experiences.

TDC
“The” Dave Castro has long been a polarizing figure in the CrossFit Games realm. If you’ve followed the CrossFit Games for any amount of time, you may have come to expect his oft-dismissive attitude of athletes’ concerns, his frequent and wacky hairstyle changes during Games week, and his penchant for creating brutal tests of fitness that push even the fittest competitors to their brink.

My favorite part of The Fittest was Castro’s reactions to and explanations for the complaints that certain athletes had about either the events or the equipment. As a fan of the sport, Castro’s “no BS” demeanor toward the feelings of Games athletes’ adds an element of the mental game to the equation to find the Fittest on Earth. The entire crowd knows each time the competitors take the floor that the event they are set to take on was carefully and specifically designed to crush them and for them to question why they even showed up. When Castro hits his trademark shrug and “oh well” smile, fans like me can’t get enough.

So when Patrick Vellner and even (spoiler alert) four-time champion Mat Fraser are complaining about their weighted sleds and the turf they pushed them on being ‘too sticky’, Castro’s reactions are priceless. He nonchalantly scoffs their arguments away and explains to us that they make no sense.
The argument centers on competition lanes: athletes who performed the event in some lanes claim that either the sleds or the turf in the actual lanes weren’t exactly standardized. I should note here that since the release of the film, many have pointed out that the competition lanes in question did not have the giant misting fans that were present on the field nearby, while other lanes, including those of the best performing athletes, did. Is there something to this argument? Possibly. However, I’m neither a scientist nor an engineer so for the sake of comedy, I’m siding with Castro on this one.

The Champs Are Here
This has been the first Buttery Bros feature that I can recall that spends quite a bit of time on Noah Ohlsen. Noah is a fan-favorite in Florida and the rest of the Atlantic Regional states, but often gets a bad rap nationwide and worldwide. I’ve never understood why. I have competed on the floor against Noah and dropped in at his gym (Peak 360 CrossFit) in Miami before and always have had pleasant interactions with him. He seems to be giving, generous, and will pose with any and all fans that ask to  take a picture with him. Yet CrossFit Games fans all over seem to have a bad taste in their mouths for him. It is very obvious to viewers of the film that Vellner and Fraser, during the aforementioned turf/sled controversy, showed that they feel a certain way about him. I’m pretty sure that during The Redeemed and The Dominant, a previous Buttery Bros installment, Fraser refers to Ohlsen as “dinglenuts”- whatever that means.

During the 2019 Reebok CrossFit Games, Ohlsen put together an incredible weekend and almost dethroned the champ (Fraser) for the first time since 2015. The end of the film was gut-wrenching for Ohlsen fans to watch because of Fraser’s incredible Sunday afternoon comeback. In the final event, “The Standard”, Ohlsen takes the lead on Fraser with just the final thirty reps of the weekend remaining. Fraser makes in quite clear from that point on that he isn’t leaving Madison without his fourth title, and strings together impressive several sets of five unbroken snatches in the final two minutes. Ohlsen must settle for the silver medal- his first-career podium finish- but his attitude and energy are infectious and the viewer can tell he is genuinely grateful for the experience.

On the women’s side, Tia-Clair Toomey absolutely dominates en route to her third straight title. With every year that passes, CrossFit Games fans can see the confidence in her grow. Each time she takes the floor, her intention is to steamroll the rest of the field. The same reasons we all love and respect Michael Jordan are why we love Toomey; you know you’re witnessing the best effort from the most gifted athlete during every single minute of the competition. She puts on a show year after year and has easily become the face of CrossFit on the female side. A funny moment comes during the interview with her husband and coach Shane Orr, who chides Buttery Bros filmmaker Heber Cannon for catching him crying tears of joy for the third straight film.

As I mentioned at the top of this recap, I felt that CrossFit HQ cleaning house and giving the media team the axe was the best thing that ever happen to the Buttery Bros. The viewer can tell that they made this film with greater creative freedom and had near-unlimited access to their subjects. Rarely are sports documentaries able to capture the type of candid opinions and emotions that these guys were able to in The Fittest. If you consider yourself a fan of the CrossFit Games and you’ve yet to watch this movie, put the Tiger King on hold for one night and get inspired by the fittest athletes on the planet.